ECLT has followed on from the work of both the Parish Plan 2013 and the Neighbourhood Development Plan (NDP) of 2016.

During the NDP process, the principle was established that any houses should be within 800 metres of Alkerton Cross retail facilities AND 800 metres of the community facilities around the Owen Harris Memorial Ground. The diagram below shows how circles drawn around both points intersect in a rugby ball shape.

Landowners of over 2 acres inside the “Rugby Ball” were interviewed (some several times) to establish whether they would sell land for affordable housing.

Only two were willing to sell at a price which allowed 100% affordable homes to rent, of which the Claypits site (C) was closest to Alkerton Cross. 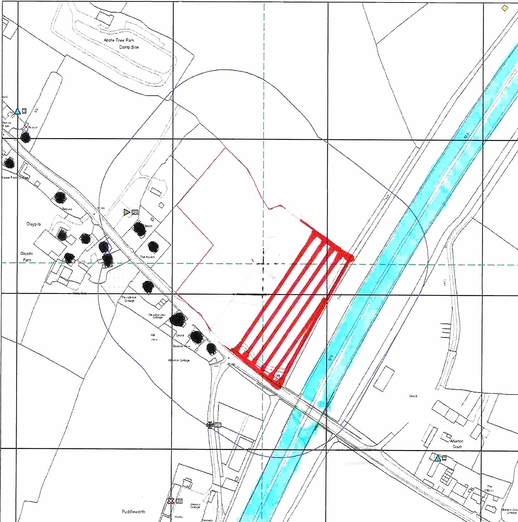 The actual site  of 23 dwellings will only be a small part of the plot – as shown here.

The map shows a close-up of Claypits, with the motorway running from the top right-hand corner, the road from the A38 coming in from the top left and the proposed site shaded in  red. 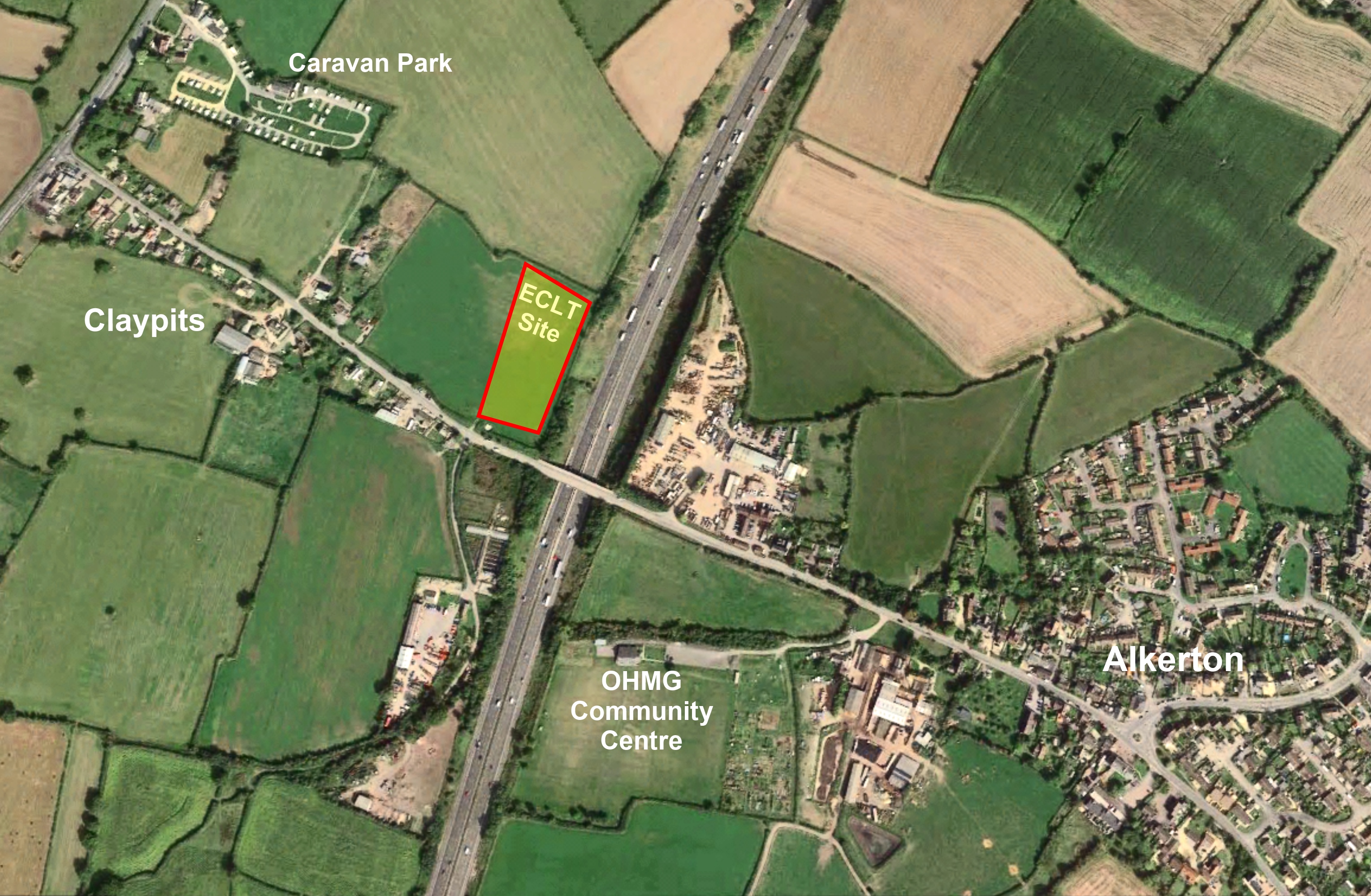